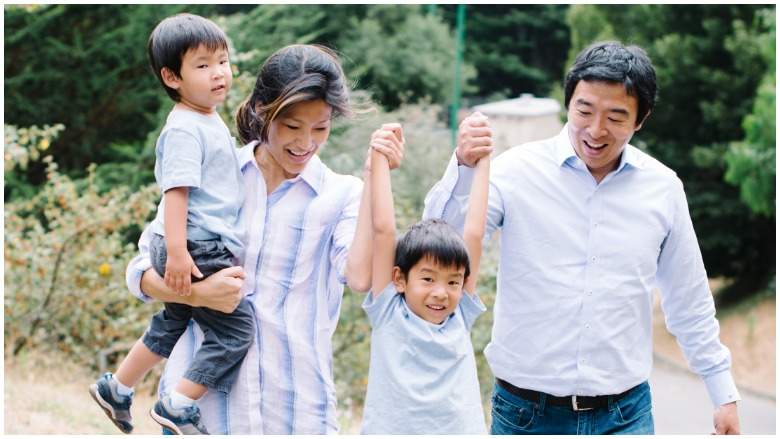 Andrew Yang Personally Thankful for 29th Anniversary of the ADA

Washington, D.C., July 30 – “For 29 years Americans with disabilities have had a greater sense of dignity and respect,” Andrew Yang tweeted in commemoration of the 29th anniversary of the Americans With Disabilities Act (ADA) on Friday. “More work to be done but my family is thankful for the ADA.”

Yang is the father of two sons, one of whom is on the autism spectrum. The issues of early intervention and erasing stigma for people with autism is not just important to him. It’s personal. He believes so much in his Autism Intervention Program and Funding that he discusses them in person and on his website.

On his campaign website, he writes, “One of my boys is on the autism spectrum—I know how invaluable resources and intervention can be, particularly if adopted early on. Families struggle with this in very personal ways. As a country, we should provide ample resources to parents to be able to intervene to support the development of children with autism or who are exceptional in other ways. Many of these children have something unique to offer.”

At a CNN Town Hall in April, a young man with Autism Spectrum Disorder asked Yang what types of support he would provide as President for Americans with autism. Yang responded by proudly stating that his son has autism. He also discussed his plan to “dramatically re-double and invest in helping families with children who are developmentally different or neurologically atypical.”

“As president, I would champion a federal program to help funnel money into the schools and our communities, and make sure that burden is not on the states,” he added. “This is a federal responsibility and a federal initiative I would be thrilled to lead.”

Yang also stressed the importance of erasing the stigma attached to those on the spectrum, most importantly by doing what he is doing – proudly admitting that you or your loved one is on the spectrum. “As a parent of someone who is neurologically atypical, I now think that atypical is the new typical,” he said. “I’m fairly confident I’m not the first politician or even presidential candidate with autism in their family. But for whatever reason, it’s swept under the rug as something to be ashamed of, which, to me, makes absolutely no sense. But anyone who has autism or is on the spectrum in their family feels the exact same way.”

Yang was one of 12 of the 20 Democratic candidates debating this week to make any mention of the ADA anniversary on Friday. According to the Census Bureau, more than 56 million Americans live with some form of disability. This can include visible conditions such as spinal cord injuries, visual impairments or hearing loss to people living with invisible disabilities such as learning disabilities, mental health or Autism.