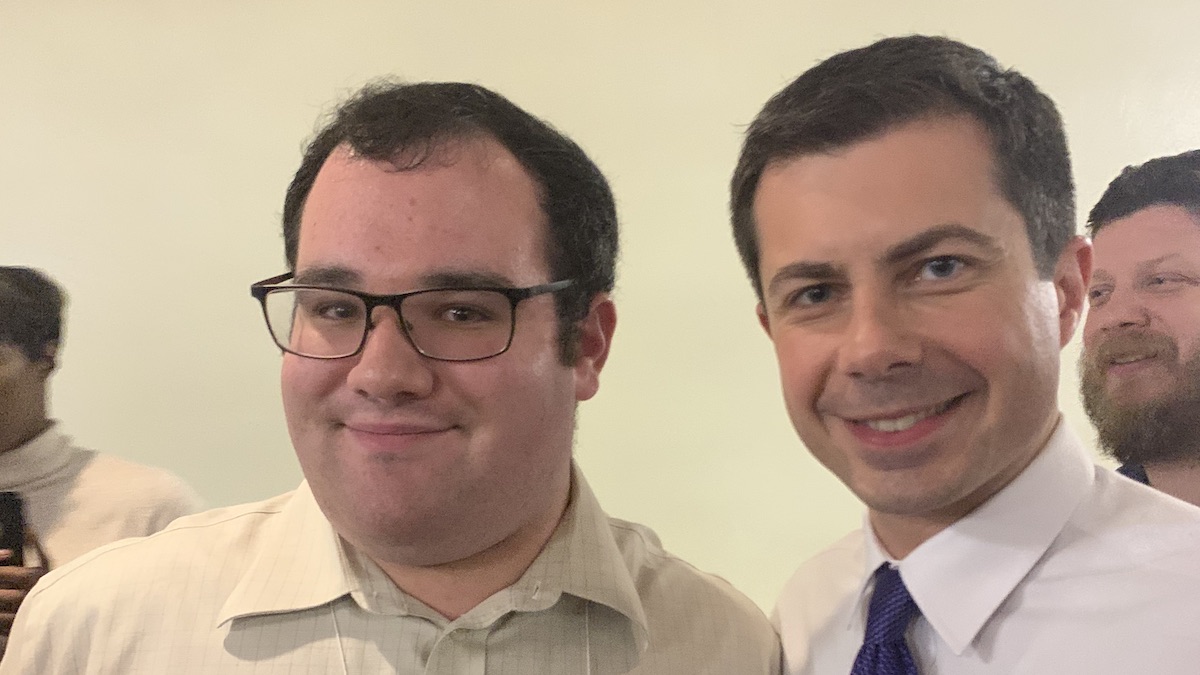 One of the key points in Buttigieg’s plan revolves around employment. By 2030, Mayor Buttigieg wants to double the number of Americans with disabilities who are working. The disability community has a significantly higher unemployment rate than the population at large, and any comprehensive disability plan needs to address the employment gap.

Mayor Buttigieg also discussed his health care plan, which he has dubbed “Medicare For All Who Want It.” He believes the plan will eventually lead to Medicare For All and single payer health insurance in America.

At the forum, Mayor Buttigieg pointed out that the disability community is the only minority group besides the LGBTQ+ community that intersects with all other minority groups.

After he spoke at the forum, Mayor Buttigieg spoke exclusively with RespectAbility’s Eric Ascher about bullying and the intersection of LGBTQ+ people and the disability community. The intersection of the two communities is more than 3.7 million people, and both communities have some similar challenges. For example, both LGBTQ+ people and people with hidden disabilities have to decide whether or not to come out of the closet. This is not an easy decision for many due to the stigma that comes with having a disability and/or identifying as LGBTQ+. Mayor Buttigieg said that he wants to work with the Department of Education to address the bullying and harassment that LGBTQ+ youth and youth with disabilities face. Watch the full exchange, with captions, below.