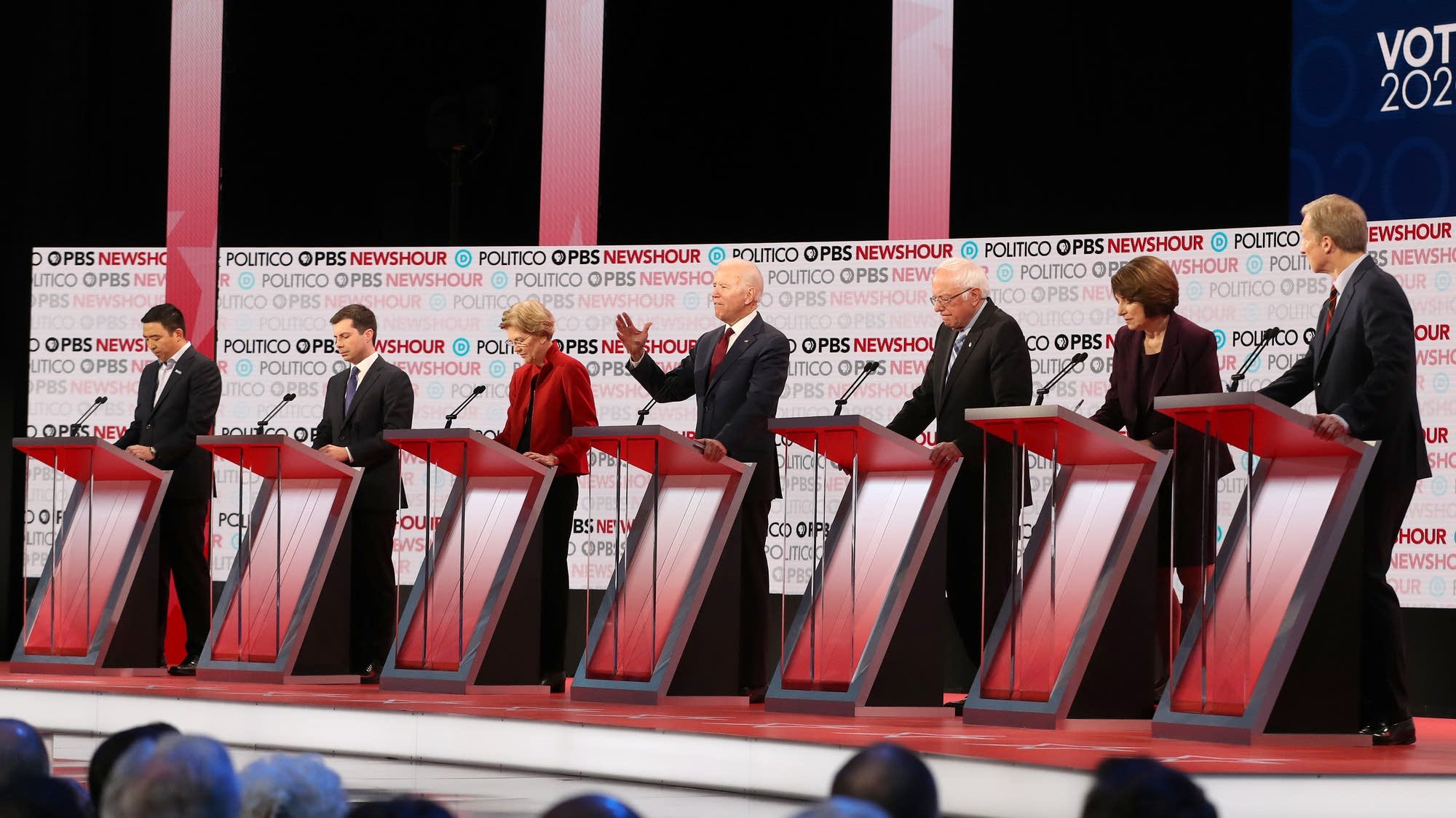 Tom Steyer: Support People with Disabilities in Education and as Part of Workforce

Steyer, who was given the first opportunity to respond, spoke about supporting people with disabilities, “both in terms of education and later when they are part of the workforce.”

“That means bringing the resources to bear to make sure we are treating them fairly in school and after school to try to integrate them fully and to make them have as full a life as possible,” he continued.

Andrew Yang: “Special Needs Person” Can Be Contributor in Workplace

Yang, whose disability platform focuses on the “care for people with disabilities,” came under criticism by many members of the disability community for talking about his son with “special needs,” even after RespectAbility’s Eric Ascher, who is on the Autism spectrum himself, spoke with Yang last month about better language to use. However, people not in the disability community found it powerful when he asked the debate audience if they had family members with disabilities – although he phrased it as “family members with special needs or Autism.”

Terms like “special needs” and “differently-abled” can be seen by some as patronizing and ableistic. Using these phrases may seem on the surface to convey that someone with a disability has positive qualities about him or her. However, terms like these tend to be euphemistic, and frequently are not used by the people to whom they refer. In addition, people with disabilities, in the U.S., are protected under the Americans with Disabilities Act. People with “special needs” are not.

In answering the question of specifics, Yang said: “We go to employers and say, hey, this ‘special needs person’ can be a contributor in your workplace, which is correct. But that’s not the point. We need to stop confusing economic value and human value to be able to say to our kids and Kyle that you have intrinsic value.”

He then discussed his signature proposal, a freedom dividend of $1,000, as a solution. However, while people with disabilities who receive Social Security Disability Insurance (SSDI) alone would receive the dividend, those who receive both SSDI and Supplemental Security Income (SSI) would not receive it. People would have to choose between SSDI and SSI if they want this universal basic income.

Sen. Warren talked about her prior career as a special education teacher, where she was proud to “recognize the work of every human being.” She called for the full funding of the Individuals with Disabilities Education Act (IDEA), which is something that the Democratic candidates are in agreement on. IDEA, which covers educational funding for children with disabilities from birth through high school graduation or age 21, whichever comes first, has yet to be fully funded by the federal government since it was first passed in 1975.

Sen. Warren also talked about the importance of accessible and independent housing opportunities. “People who want to live independently, people who have disabilities, will have housing available to them,” she pledged.

Sen. Warren also has disability rights plan on her website that goes into further detail on these issues.

While Sen. Warren was the only candidate on the debate stage to offer real policy solutions, the end of her statement was cringe-worthy to the disability community, referring to people with disabilities as “the least of thy brethren” – implying that disabled people are “less than.”

In addition, Julian Castro, who did not qualify for the debate stage but was responding to all questions via Twitter, tweeted: “As president, I’ll fight to empower and improve the lives of individuals with disabilities – in housing, jobs, education, accessibility, and elsewhere. I’ll make sure there are no second-class citizens in this county.” He then linked to his plan for equality for people with disabilities before adding: “My plan includes fully funding IDEA, expanding SSI and SSDI benefits, ensuring sufficient stock of accessible housing units, and expanding Medicare for long-term services. People with disabilities deserve full equality – and a president who will prioritize disability issues.”

Disability on the Campaign Trail

“It was exciting to see a question on empowering people with disabilities tonight,” Democratic National Committee Chair Tom Perez said following the debate. “We’re going to continue encouraging those questions.”

Because disability has not been discussed on the debate stage in a meaningful way prior to Thursday night, many of the candidates were trying to get an answer in. Therefore, it is a shame that all of the candidates did not have an opportunity to respond.

“So often people with intellectual and physical disabilities are not part of the conversation,” said California Gov. Gavin Newsom, who himself has dyslexia. “It’s often racial, ethnic, religious, sexual orientation, but not disabilities.”

Since disability intersects with every identity, and therefore every policy, candidates do not need to wait to be asked a question specific to disability, however. During last month’s debate, for example, Sen. Warren talked about affordable accessible housing for people with disabilities while responding to a more generic question about housing. Since twenty percent of people in America – and twenty-five percent of adults in America – identify as having a disability, it is vitally important for the candidates to fully include the disability community.

“The unfortunate fact is that stigma is still a driving factor in why two-thirds of people with disabilities are unemployed,” said Lauren Appelbaum, managing editor of The RespectAbility Report. “It is vital for the democratic process to be open to all people and that includes people with disabilities. By having meaningful disability employment policies, candidates can show their campaigns truly include the 1-in-5 people living in America with a disability.”

Moderator Judy Woodruff has devoted several PBS NewsHour segments to important disability policy issues. Prior to Thursday night’s debate, members of RespectAbility’s team reached out to her, with a brief specifically on disability employment. The RespectAbility Report is a project of RespectAbility, a nonprofit organization fighting stigmas and advancing opportunities so people with disabilities can fully participate in all aspects of community.

According to research conducted by RespectAbility in 2018, 74 percent of likely voters either have a disability themselves or have a family member or close friend with a disability.

In another area of accessibility, the television broadcast was criticized for having a background in continuous motion, which made it not only difficult but impossible to watch for individuals with sensory and processing issues. While the television broadcast included live captioning, provided by Media Access Group at WGBH, the broadcast on YouTube relied on automatic captioning, which is nowhere near as accurate.