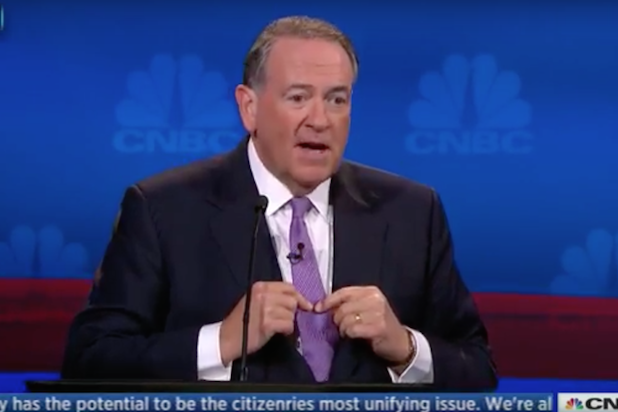 Boulder, Oct. 29 – In an effort to stand out on the crowded stage of the CNBC Republican debate, former Arkansas Gov. Mike Huckabee offered a different perspective on addressing income inequality and the cost of Medicare. 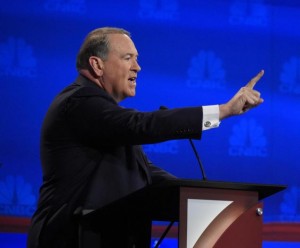 Huckabee identified diabetes, heart disease, cancer and Alzheimer’s as critical conditions affecting our country and in need of action.

“If you do that, you don’t just change the economy, you transform the lives of millions of hurting Americans.”

By doing so, Huckabee said we’d save Medicare.

“The fact is if we don’t address what’s costing so much, we can’t throw enough money at this,” the former governor said. “We need to declare war on the four big cost drivers because 80 percent of all medical costs in this country are chronic disease. We don’t have a health care crisis in America, we have a health crisis.”

“You want to fix Medicare?” he continued. “Focus on the diseases that are costing us the trillions of dollars. Alzheimers, diabetes, heart disease and cancer. Eradicate those and you fix Medicare and you’ve fixed America, its economy and you’ve made people’s lives a heck of a lot better.”

Concerns over the solvency Social Security trust fund are vital to the one in five Americans who have a disability. The depletion of the Disability Insurance Trust Fund has the potential to impact the lives of millions in 2016. Absent Congressional action, beneficiaries may face a significant cut next year in their benefits. This situation is so critical that in July House Ways and Means Chairman Paul Ryan (R-WI), Social Security Subcommittee Chairman Sam Johnson (R-TX), and Senate Finance Committee Chairman Orrin Hatch (R-UT) put out a public call for the disability community to step up and offer ideas on what to do in order to address the SSDI trust fund issue.