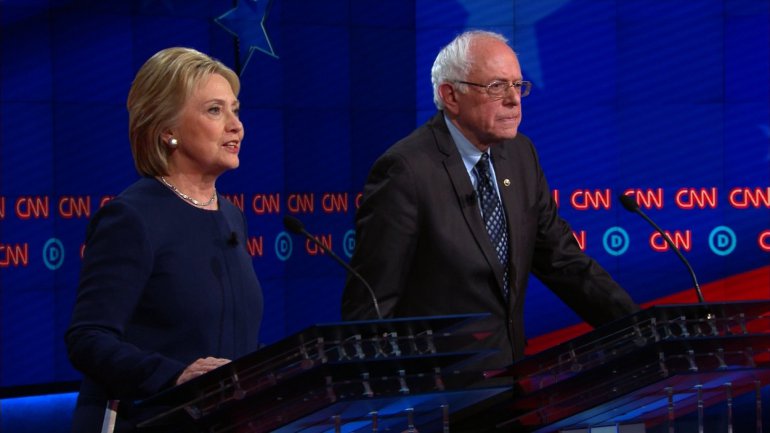 Published by Lauren Appelbaum on March 7, 2016

Washington, March 7 – The Democratic debate held in Flint, Michigan last night had potential to delve into a variety of disability topics. Flint is a disability issue after all, as the water crises causes lead poisoning, which results in a variety of intellectual and developmental disabilities.

“Imagine this for a second, imagine a mother who had a bright seven-year-old gregarious girl doing well in school; two years later, that child is now in special education, intellectual capabilities significantly deteriorated,” Vermont Sen. Bernie Sanders recounted a story from a mother he met on the trail while responding to a question about holding people accountable for the poisoned water. “That is a crime against that child, and the people of Flint.”

Secretary Hillary Clinton also mentioned children “falling back in school” and having “headaches because of the lead exposure.”

But both candidates, as well as the debate moderators, missed the opportunity to discuss this aspect of the water crises in a meaningful manner.

As blogger Cara Liebowitz wrote, “Flint is a perfect storm of racism and classism coming together in an insidious storm to create and perpetuate ableism, racism, and classism.”

On Sanders’ story of a child losing her intellectual capabilities, Leibowitz says, “disability was solely used as a prop to illustrate a larger point.”

“The entire purpose of that story was to impress upon the people the very real consequences that the contaminated water has had for the people of Flint,” she continues. “And that’s important to talk about. But disabled people are not a tragedy. We are not your moral lesson, not the bogeyman under your bed. And a statement like that, by a presidential candidate, only contributes to the stigma and fear of disability, in Flint and beyond.”

When Freddie Gray died in police custody in Baltimore, much attention was paid to his race but less was paid to the fact he was an individual with a disability. It is well documented that Gray had lead poisoning as a child. While we are still trying to understand the full ramifications of lead poisoning, advocates and studies say it can diminish cognitive function, increase aggression and ultimately exacerbate the cycle of poverty that is already exceedingly difficult to break. In Gray’s case, racial discrimination is compounded by disability discrimination. And Gray’s death was not an isolated incident, with similar cases across the country.

Both Clinton and Sanders were asked, “what racial blind spots do you have?” While race has been discussed often on the trail and during debates, ableism has not. Disability awareness is one of the biggest blind spots of all and similar questions need to be asked about disability awareness.

By not including people with disabilities in the conversation last night – and not even mentioning the word “disability” once – the presidential candidates are ignoring the largest minority in America – and a powerful swing group. As they vie for their parties’ nomination and look on to the general election, reaching out to the disability community can mean the difference between winning or not. More than 50 percent of Americans report having a family member or close friend with a disability. Fifty-two percent of Democrats report that they or a loved one has a disability, and for Republicans, a smaller number of 44 percent report they have a disability. Surprisingly, Independents have the largest number of voters who say they have a disability, with 58 percent saying yes. This shows that swing voters with disabilities and their families are up for grabs.