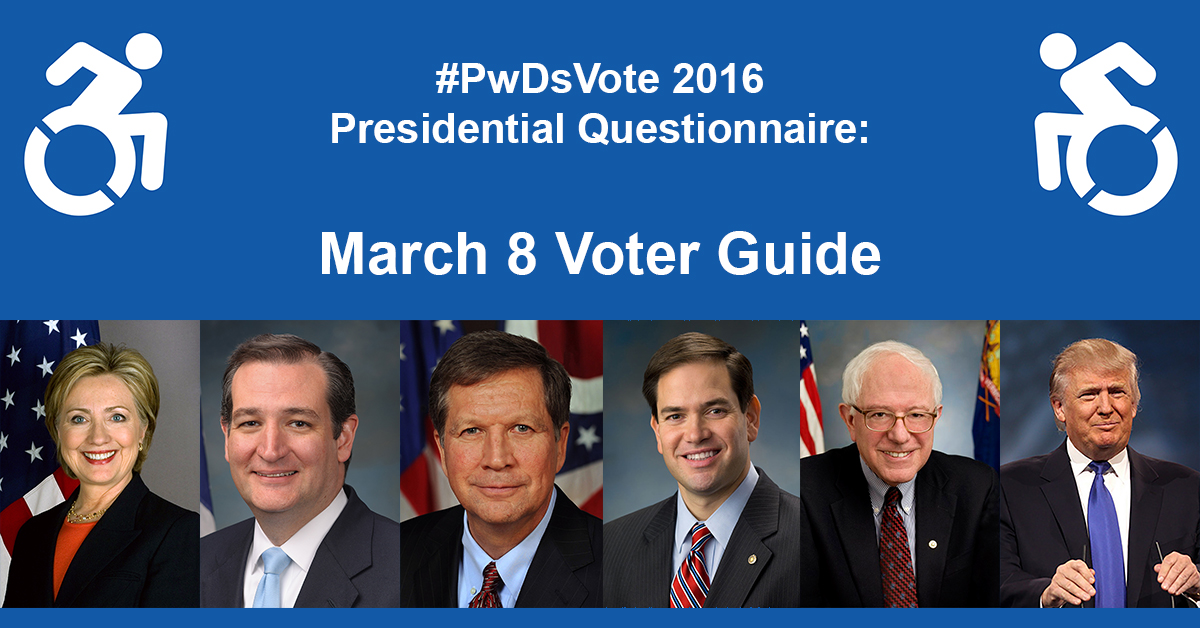 Published by Lauren Appelbaum on March 8, 2016

Washington, March 8 – As voters head to the polls, RespectAbility released its March 8th Disability Voter Guide. The #PwDsVote 2016 Campaign Questionnaire was designed for people with disabilities (PwDs) and those who love them to know where candidates stand on the issues. The questionnaire asked all of the presidential candidates on both sides of the aisle to comment on 16 disability questions. Former Sec. of State Hillary Clinton and Sen. Bernie Sanders responded by addressing all of the questions, and have significantly different views on the issues. Gov. John Kasich filled out parts of the questionnaire. Despite numerous requests in person and by phone and email, the campaigns of Senators Ted Cruz and Marco Rubio and Republican frontrunner Donald Trump have not yet filled out the questionnaire.