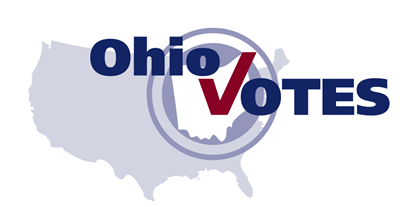 Published by Lauren Appelbaum on March 14, 2016

Washington, March 14 – As voters prepare to head to the polls in Ohio tomorrow, RespectAbility has released its Ohio Disability Voter Guide. The #PwDsVote 2016 Campaign Questionnaire was designed for people with disabilities (PwDs) and those who love them to know where candidates stand on the issues. The questionnaire asked all of the presidential candidates on both sides of the aisle to comment on 16 disability questions. Former Sec. of State Hillary Clinton and Sen. Bernie Sanders responded by addressing all of the questions, and Ohio Gov. John Kasich filled out parts of the questionnaire. They each have significantly different views on the issues. Despite numerous requests in person and by phone and email, the campaigns of Senators Ted Cruz and Marco Rubio and Republican frontrunner Donald Trump have not yet filled out the questionnaire.

This Super Tuesday may be the most important one yet as Ohio and Florida become make it or break it states for Kasich and Rubio who call these states home. In Ohio specifically, Trump and Kasich, who is the governor of Ohio, are running neck and neck, each tied for 33 percent in a recent CBS News poll and tied for 38 percent each in a Quinnipiac University poll. Kasich is doing well among voters who feel the economy is in good shape, per the CBS poll. While neither poll asked any questions about disability specific issues, employment is a top issue for people with disabilities and their families. Kasich, who is the only Republican left who has answered the #PwDsVote Campaign Questionnaire, often touts his record in Ohio in growing the economy for all people. On the campaign trail, he has talked about his state budget’s biggest percentage increase being for people with developmental disabilities. While Cruz, Rubio and Trump have yet to complete the questionnaire, they have answered questions about a variety of disability topics.

On the Democratic side, both Clinton and Sanders have completed the questionnaire. According to new polling from Quinnipiac University published Monday, Sanders has closed a nine-point deficit, now trailing Clinton by only five points, 46 percent to 51 percent. Last week Sanders pulled off a massive upset win in Michigan, which is culturally and economically comparable to Ohio. Both Clinton and Sanders have addressed disability issues on the trail and have made a real effort to ensure that their events have ADA sections with enough room for those using wheelchairs and other people with disabilities. Furthermore, both campaigns are ensuring that ASL interpreters are present at all of their large events.

The questionnaire is purely for educational purposes as voters go to the polls. RespectAbility says they will continue to urge Cruz, Rubio and Trump to submit their ideas for the disability community.