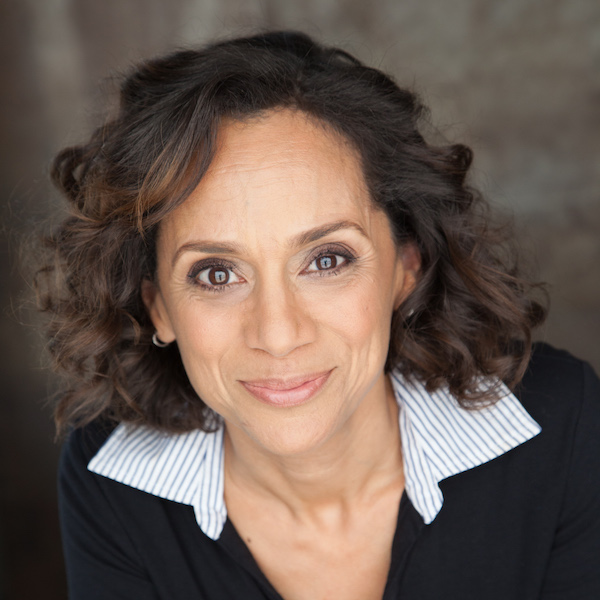 Published by Lauren Appelbaum on October 15, 2018

Los Angeles, California, Oct. 15 – Responding today to a questionnaire by the disability advocacy group RespectAbility, Roxanne Beckford Hoge, who is running for Assembly District 46, outlined her views on education, employment and stigma for the 987,522 people with disabilities in the greater Los Angeles metropolitan area. That includes people who are blind or deaf or have other visible conditions such as spinal cord injuries, as well as people with invisible disabilities including learning disabilities, mental health or Autism.

RespectAbility reached out to Hoge’s opponent, incumbent Adrin Nazarian, as well, but received no response, according to the organization’s President, Jennifer Laszlo Mizrahi.

The full text of RespectAbility’s questions and Hoge’s replies follows:

ANSWER: Our once best-in-nation California public K-12 schools are, by all measures, a disaster. A tremendous amount of the money that goes to education is for administration. The teachers union’s priority is job protection for their members, not educating our kids. By trimming the fat, we can get more dollars into the classroom. LAUSD is not, technically, under the auspices of the Assembly, but the policy of all of California’s elected officials should be that money needs to get into classrooms, and that programs for all should be as rigorous as possible for each population being served. To that end, fluency in English is correlated with higher income and better educational outcomes, and all students should get the opportunity to learn it to the best of their ability. When our public schools refocus on the basics, and on graduating students who aren’t in need of remedial education at our community colleges, resources will be freed up to spend on students with disabilities. Sadly, right now, no one is being served by a system that ranks in the bottom five of all US states. I’m an immigrant from Jamaica, where my own school’s assembly was in an open-walled building, and the education was top notch. Parents who value education should be able to choose the best schools for their children, and not be sentenced to under-performing campuses due to their address.

ANSWER: If California would follow the rest of the nation and reduce regulation and red tape, lower taxes and other barriers to job creation, our economy would boom like that of the 49 other states. Well-intentioned policies like constantly raising the minimum wage hurts entry-level workers and eliminates many programs like the work opportunities that used to exist at Regional Centers. If government would get out of the way, it would create more opportunities for work for everyone, and disabled people would benefit the most. It’s a crying shame that the $15 minimum wage, in addition to killing businesses and jobs wherever it’s tried, has eliminated positions that brought dignity, joy and paychecks to disabled people.

QUESTION 3: FIGHTING PREJUDICE: Media representation of minority communities is crucial to reducing discrimination, bias and stigma in our broad culture. What will you do to leverage the power of Hollywood to fight stigmas and empower Los Angelenos with disabilities to work in entertainment, just like anyone else?

ANSWER: While a worthy goal, this is not the job of government. As a member of the Screen Actors Guild and AFTRA for thirty years (before they merged), I can tell you that Hollywood already has made huge strides in casting and continues to strive to do better. Working in entertainment is tough – as Jenifer Lewis once told me, “it takes 25 years to become an overnight sensation.” It’s a private enterprise and as such, they can and should make their own decisions about who to hire and (I can tell you from bitter experience) fire. The best way to increase visibility on screen is to continue to offer consultants to SAG and to the Writers Guild who can ensure that inclusive stories are being told.

QUESTION 4: CIVIC ENGAGEMENT & EQUITY: People most directly affected by issues such as education, jobs, prejudice, homelessness, criminal justice, poverty and other issues deserves to have their voice, insights and experiences respected and utilized in finding and implementing solutions. People with disabilities are disproportionally impacted by these issues. As a public official, what will you do to ensure that Los Angelenos with disabilities have “a seat at the table” for all major issues and can be part of solutions so that they and all others can have a better future?

ANSWER: Unfortunately, elected officials often forget to ask the most important questions when considering government action. One of those questions is, “and then what?” and another is, “What are the unintended consequences of this action?” The minimum wage movement is a great example of the lack of foresight having real and negative effects for the disabled. Another is the straw ban. Had they thought for a second, they’d have realized that people with swallowing issues who need liquids delivered to the backs of their throats have a real need for a plastic straw (paper ones just turn to mush and make me angry each time I get one). The Law of Unintended Consequences is immutable and real. It’s so vital for a lawmaker to get input from everyone before bowing to the gods of public perception and banning something or passing a law. If elected, I would have a kitchen cabinet of people from all walks of life who I could turn to in order to understand an issue. I would hope that Respectability.org would be one of those voices.