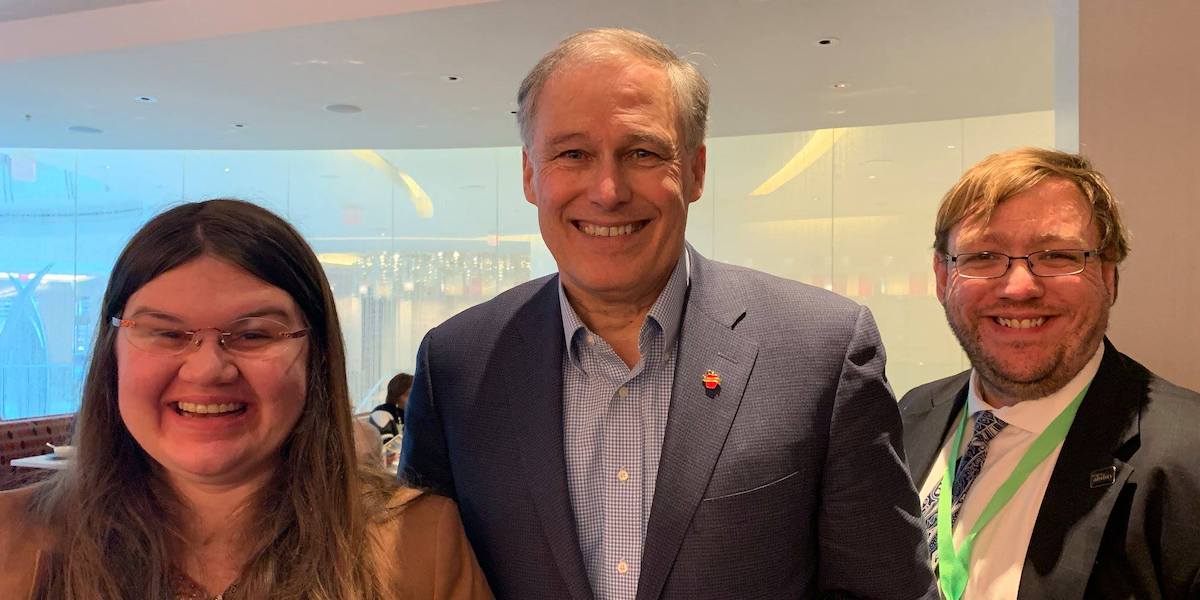 Governor Jay Inslee, who recently kicked off a campaign to become the Democratic Presidnetial nominee in 2020, has worked hard to make his state a better place for his constituents with disabilities. In a proclamation released in October to celebrate Disability Employment Awareness Month, Gov. Inslee wrote that “Workplaces that welcome the talents of all people, including people with disabilities, are a critical part of our efforts to build an inclusive community and strong economy.”

Beyond Washington, how is the workforce changing for people with disabilities? What is driving these changes? The answer is simple. According to Vincenzo Piscopo of the Coca-Cola Company: “People with disabilities bring a unique skill set that it is very valuable for companies.” He went on to add, “As it relates to employment and competitiveness in the workplace, we have to stop thinking of disability as a liability and start thinking of it as an asset.”

Brand name companies such as JP Morgan Chase, Coca-Cola, Ernst & Young, IBM, Walgreen’s, Starbucks, CVS and Microsoft show people with disabilities are successful employees. These companies also know that these workers improve the bottom line. “People with disabilities bring unique characteristics and talents to the workplace,” said RespectAbility President Jennifer Laszlo Mizrahi. “There are no limits to what they can do when given the chance.”

As Gov. Inslee joins the crowded Democratic Presidential field and the political campaign season heats up, continuing job growth for people with disabilities will be a crucial indicator of the health of the American economy.