Washington, D.C., April 9 – Senator Amy Klobuchar, the first woman elected to the U.S. Senate from Minnesota is running with the slogan, “Amy for America.” 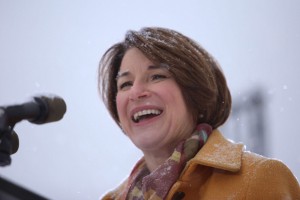 Disability Is Personal to Klobuchar

When Klobuchar’s daughter was born, she could not swallow for the first two years of her life. “Many Minnesotans know a family or a person who has been affected by a disability,” she wrote in 2015. “For a lot of us, this is personal. … [D]uring those two years, I was able to see through the eyes of a parent of a child who was struggling, and I know that, like me, the parents of children with disabilities want what is best for their families — both now and for the years to come.”

Klobuchar also has long publicly admitted that she grew up in a family with alcoholism and addiction, which are recognized as mental health conditions. Her father, who was an immigrant and worked as a print journalist, has had alcoholism his entire adult life. This had a huge impact on Klobuchar’s childhood. At a recent CNN town hall, she revealed, “I had a lot of times in my life where I was taking the keys away or seeing him drink in the basement, and it was a hard thing.”

Klobuchar Has a Long History of Legislating for People with Disabilities 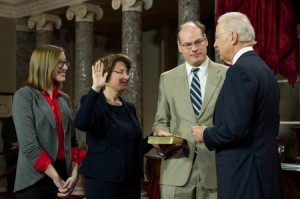 In 2016, Medill News Service ranked Klobuchar as the senator who sponsored or co-sponsored the most bills that were enacted into law. Since she was elected U.S. Senator in 2007, she has also demonstrated a solid record of introducing and supporting legislation that strengthens disability rights. Below is a non-inclusive list of some of this legislation, in no particular order.

Klobuchar’s Presidential Campaign Has People with Disabilities in Mind 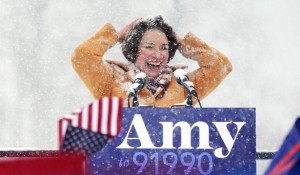 Klobuchar announced her presidential campaign through an announcement speech to a large crowd on Boom Island, Minnesota, and an announcement video. For a candidate to be fully inclusive of Americans with disabilities, she must include accurate and descriptive captioning, as well as mention and depict people with disabilities in whichever method(s) she chooses.

Klobuchar’s announcement speech was inclusive of people with disabilities because she told a chilling and, unfortunately, all-too-common story of a young man with diabetes in her state who died due to rationing the insulin he couldn’t afford. And her announcement video was inclusive because she had open captioning and depicted a diverse array of individuals in the video, including one person with a visible disability – a senior who walks with the assistance of a walker.

Since she announced her candidacy, Klobuchar also has continued to be inclusive of people with disabilities. During a recent CNN Town Hall, she mentioned the words “down syndrome,” “diabetes,” “alcoholism,” “addiction” and “autism” in a meaningful way. When responding to a question on school shootings, she even responded with how devastating they are on students with disabilities, due to a lack of emergency evacuation measures available to assist these students.

“Amy for America” is Only All-American When It Includes Disability

Voter research, conducted by RespectAbility, shows how disability issues connect to all aspects of American life. 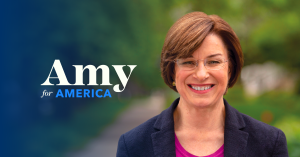 Klobuchar is running as an all-American presidential candidate, from growing up in a middle-class family in the heartland of America as the child of a teacher and an immigrant. Being all-American means, in all likelihood, the person has been touched by disability, as Klobuchar has. More importantly, her personal experience with disability has led her to be a U.S. Senator who helps people with disabilities. If her campaign continues to be more inclusive of people with disabilities, the 74 percent of voters who have been touched by disability might find that Klobuchar represents the America and the American issues closest to their hearts.