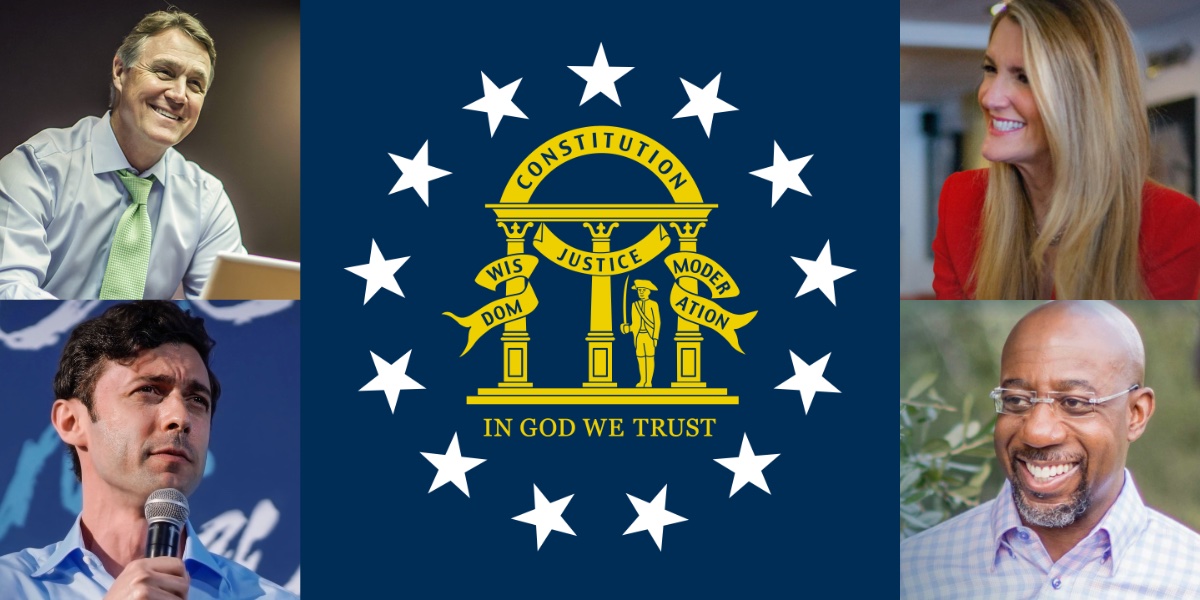 As the nation waits for the Georgia Senate runoff next week, disability organization calls on pollsters and media to track disability participation and access.

Washington, D.C., Dec. 28 – With the political universe centered on the Senate runoff in Georgia, the unique needs and barriers of Georgians with disabilities could very well factor into to the outcome of the race. Thus, the national nonpartisan disability inclusion organization RespectAbility is asking pollsters, polling firms and political consultants to track voters with disabilities in their demographic data, as well as voter access exit polling.

According to the 2019 Annual Disability Statistics Compendium, the total number of Georgians with disabilities is 1,246,077, making up 12.1 percent of the total state population. 2018 employment data show that there are 658,811 working-age people with disabilities in Georgia. In the economic expansion prior to the COVID-19 pandemic, only 238,875 (or 36.3 percent) of those Georgians had a job.

Thus far, there has been little outreach to voters with disabilities from all four Senate candidates in the runoff race. As noted by RespectAbility in November, none of the four candidates even mention the word disability on their campaign websites. None of the Senate candidates’ websites are fully accessible to the 254,972 Georgians who are blind or low vision. And very few of the candidates’ videos have captions, making them inaccessible to the 328,000 deaf and hard of hearing Georgians.

“Georgians with disabilities deserve to be counted and have voting access, just like anyone else,” said RespectAbility’s President Jennifer Laszlo Mizrahi.

The one in four adults with a disability include people with spinal cord injuries, low vision or who are Deaf/Hard of Hearing, as well as those with learning disabilities, mental health conditions, autism or other disabilities. The sheer number of people with disabilities makes them the nation’s largest minority community. However, unlike race, gender, age, education and other demographics, disability is rarely included in polls. Adding the following language to a likely voter or exit poll would begin to ensure that voters with disabilities are fully and adequately counted:

Here is a sample question:

A disability can be a physical, cognitive, sensory, mental health, chronic pain or another condition that is a barrier to everyday living. Do you, a family member, or a close friend have a disability?

RespectAbility also asks those doing exit polls to include the following questions in their election day and post-election polling:

How did you vote this year?

Did you have any of the following difficulties in voting this year?

If you are a voter with a disability, did you used an extra features or accessible equipment to vote? Yes/No.

If yes, what features or devices did you use?

Were these features or devices set up and ready to use when you arrived? Yes/No

Did the election officials know how to set up or use these features or devices? Yes/No

There are already significant warning signs that whatever the outcome on January 5, there will be legal challenges around signature verification and new voter registration. Earlier this month, Republican Secretary of State Brad Raffensperger called on the state legislature to curb absentee voting. This could have the effect of disenfranchising thousands of Georgians right before the Senate runoff race ends.

Many voters with disabilities might prefer to vote early or vote by mail due to physical mobility issues, the lack of accessible transportation, or the risk of exposure to the coronavirus. Protection and advocacy organizations such as the National Disability Rights Network (NDRN) and the state-based Georgia Advocacy Office have been at the forefront of legal efforts to block challenges to voting by mail or deliberate efforts to create additional barriers such signature verification.

“The majority of today’s vote by mail systems are not fully accessible to all voters,” NDRN noted in a release published back in August 2020. NDRN’s statement went on to emphasize that “People who are blind or low vision, have print disabilities, limited literacy, limited manual dexterity, and other disabilities cannot privately and independently mark, verify, and cast a hand-marked paper ballot.”

“The people who craft our polls are in a position to really improve our democracy by including people with disabilities and access issues in their data,” said Philip Kahn-Pauli, director of policy and practices of RespectAbility. “If we can better document the barriers to voting faced by people with disabilities, then advocates can work together to solve those problems.”