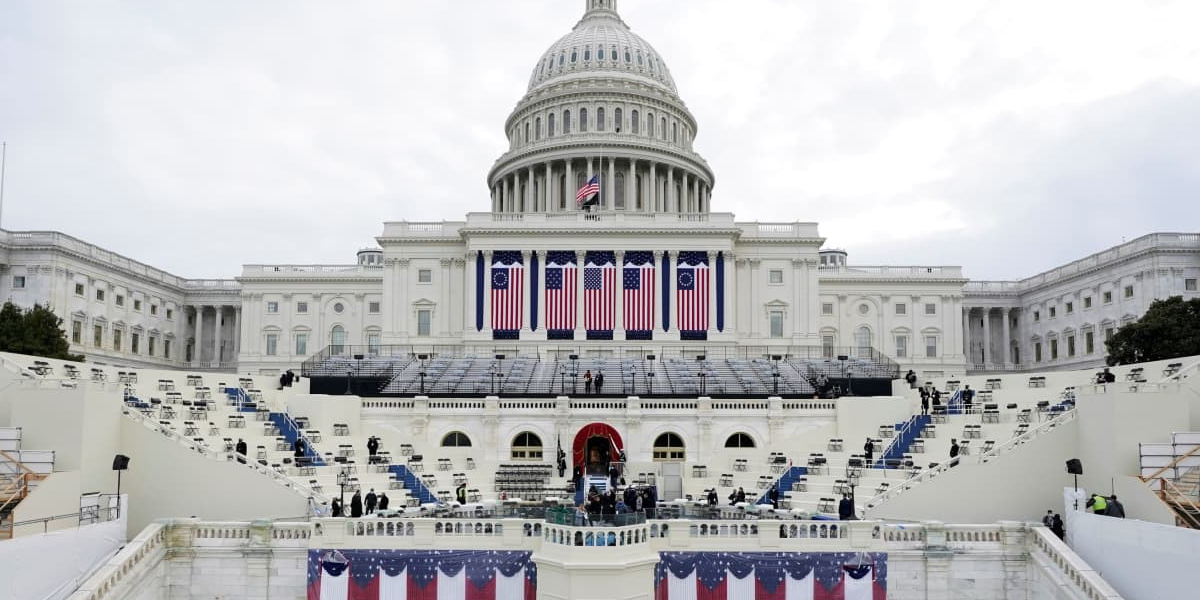 Washington, D.C., January 20 – After unprecedented outreach to the disability community during the campaign, President-elect Joe Biden and his team are continuing to include people with disabilities as they take office this afternoon.

One of Biden’s day one executive actions is to “Launch a Whole-of-Government Initiative to Advance Racial Equity.” According to the team, “The president-elect’s equity agenda is grounded in advancing racial justice and building back better for communities who have been underserved, including people of color and Americans with disabilities, LGBTQ+ Americans, religious minorities, and rural and urban communities facing persistent poverty.”

The Presidential Inaugural Committee is presenting today’s inauguration with live captions, ASL picture in picture, audio description, and other accessibility features on YouTube. Use the links below to watch the ceremony and primetime program.

END_OF_DOCUMENT_TOKEN_TO_BE_REPLACED
Biden, Harris, Ossoff and Warnock, who reached out to voters with disabilities, to be sworn in today END_OF_DOCUMENT_TOKEN_TO_BE_REPLACED

While neither Senator-Elect Ossoff nor Senator Perdue responded to a detailed candidate questionnaire on disability issues put out by the national disability inclusion organization RespectAbility, Ossoff did release a video statement for the Georgia Disability Vote Partnership’s live streamed voting forum that featured all four candidates. Watch Ossoff’s statement above.

END_OF_DOCUMENT_TOKEN_TO_BE_REPLACED

Senator-Elect Warnock responded to a detailed candidate questionnaire on disability issues put out by the national disability inclusion organization RespectAbility. RespectAbility is a nonpartisan, nonprofit organization dedicated to ending stigmas and advancing opportunities so people with disabilities can fully participate in all aspects of their communities. Loeffler, despite multiple requests, did not respond to the questionnaire.

RespectAbility was not alone in reaching out to the candidates in the runoff elections on behalf of the disability community. The Georgia Disability Vote Partnership coordinated the efforts of disability advocacy organizations to get out the disability vote. The partnership hosted a live streamed voting forum featuring all four of Georgia’s Senate runoff candidates. Watch the video of Warnock’s remarks above.