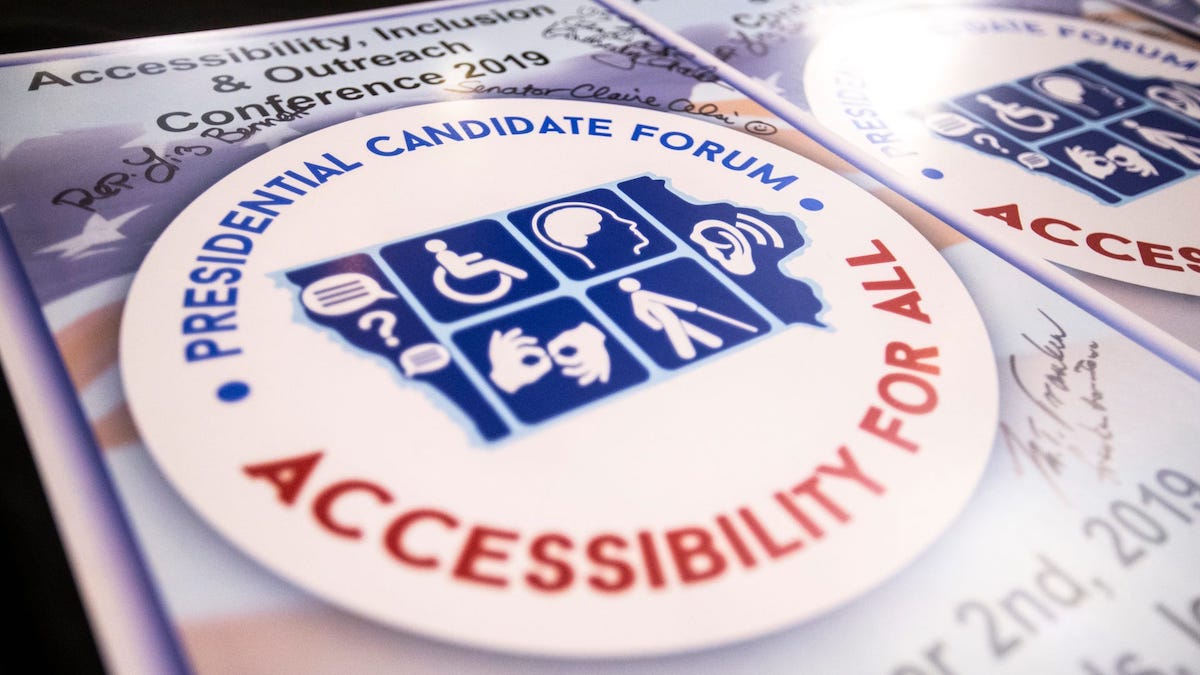 Cedar Rapids, Iowa, Nov. 24 – Earlier this month, seven presidential campaigns made history together as they participated in a Democratic Party forum, Accessibility for All, focused on issues affecting people with disabilities. This is the first time this campaign season that a forum was held specifically on this topic.… 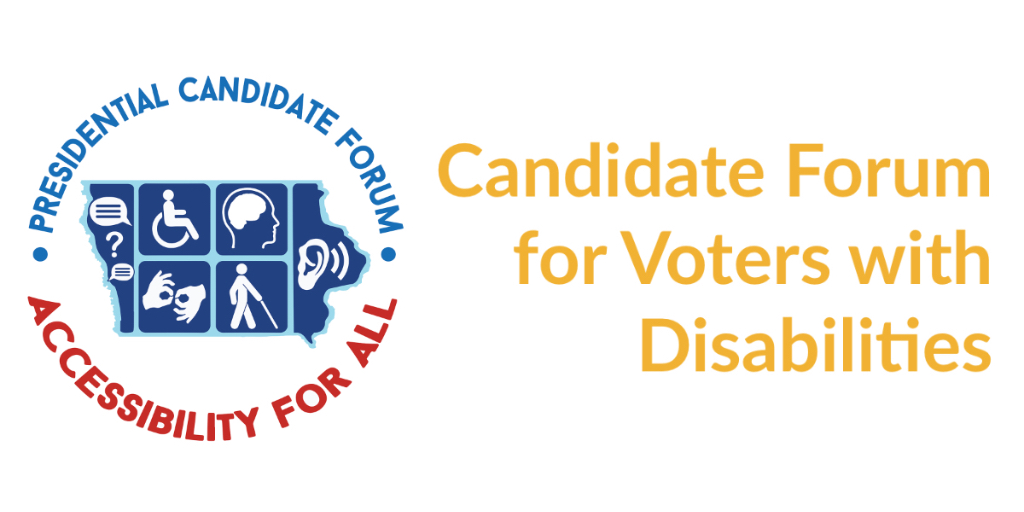 Published by Eric Ascher on November 1, 2019

Washington, D.C., Nov. 1 – Tomorrow in Cedar Rapids, Iowa, eight campaigns are set to participate in a history-making Accessibility, Inclusion, and Outreach Conference focused specifically on issues that affect people with disabilities. This is important, as while recent polling suggests that voters with disabilities themselves are more enthusiastic about participating in the 2020 elections than the nation at large, none of the campaigns are yet fully accessible to the disability community.

“It is vital for the democratic process to be open to all people and all means all – including people with disabilities,” said Lauren Appelbaum, vice president, communications of RespectAbility. “The majority of voters have a friend or family member with a disability or have a disability themselves. It is truly exciting that eight campaigns will be focusing their attention on addressing the 1-in-5 people living in America with a disability.”

Seven of the Democratic candidates will participate themselves. They are:

According to “Accessibility For All Now,” the organizers of the Forum, candidates will answer questions posed by people with disabilities and members of the Linn County Medical Society, which is co-hosting the forum. 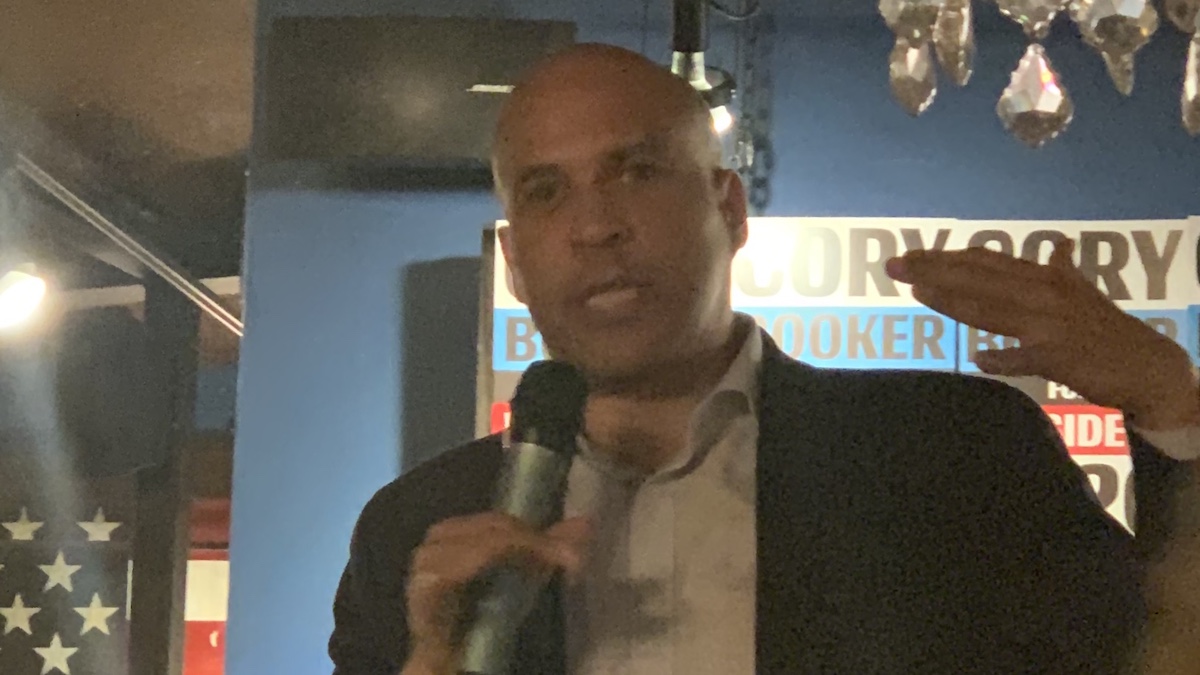 Published by Lauren Appelbaum on October 24, 2019

Washington, D.C., Oct. 24 – At a presidential campaign fundraiser on Capitol Hill last night, Sen. Cory Booker said disability rights is “an important issue.” Speaking to members of The RespectAbility Report, he stated he has and is going to have a lot of policies relating to disability rights coming out.

“We have more to do to ensure equality for Americans with disabilities who still face high poverty rates & barriers to health care & quality of life,” Cory Booker tweeted in commemoration of the 29th anniversary of the Americans With Disabilities Act (ADA) this summer. “As president, I’ll fight for equal rights & inclusion for people with disabilities.” On ADA Anniversary, Cory Booker Pledges to Ensure Equality for People with Disabilities

Washington, D.C., July 30 – “We have more to do to ensure equality for Americans with disabilities who still face high poverty rates & barriers to health care & quality of life,” Cory Booker tweeted in commemoration of the 29th anniversary of the Americans With Disabilities Act (ADA) on Friday. “As president, I’ll fight…

END_OF_DOCUMENT_TOKEN_TO_BE_REPLACED
With 13 Candidates Celebrating the Anniversary of the ADA, Will They Talk About Disability at the Debates? 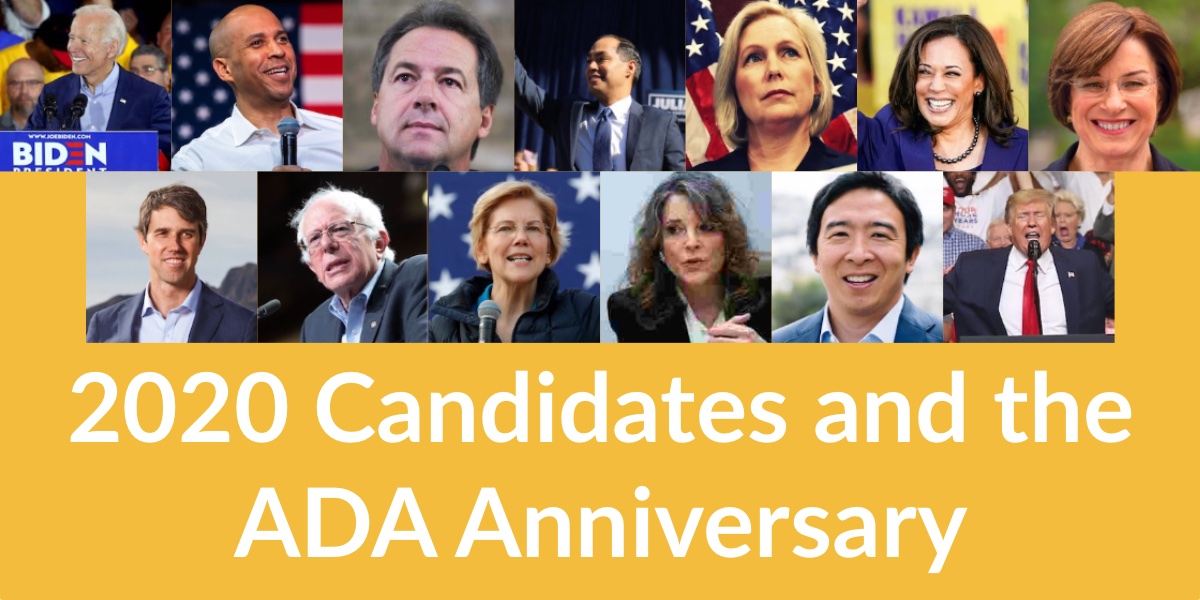 END_OF_DOCUMENT_TOKEN_TO_BE_REPLACED
How Accessible and Inclusive Are the Presidential Candidates’ Campaigns? END_OF_DOCUMENT_TOKEN_TO_BE_REPLACED
Presidential Hopeful Cory Booker Fights for Equal Justice for All, Including People with Disabilities 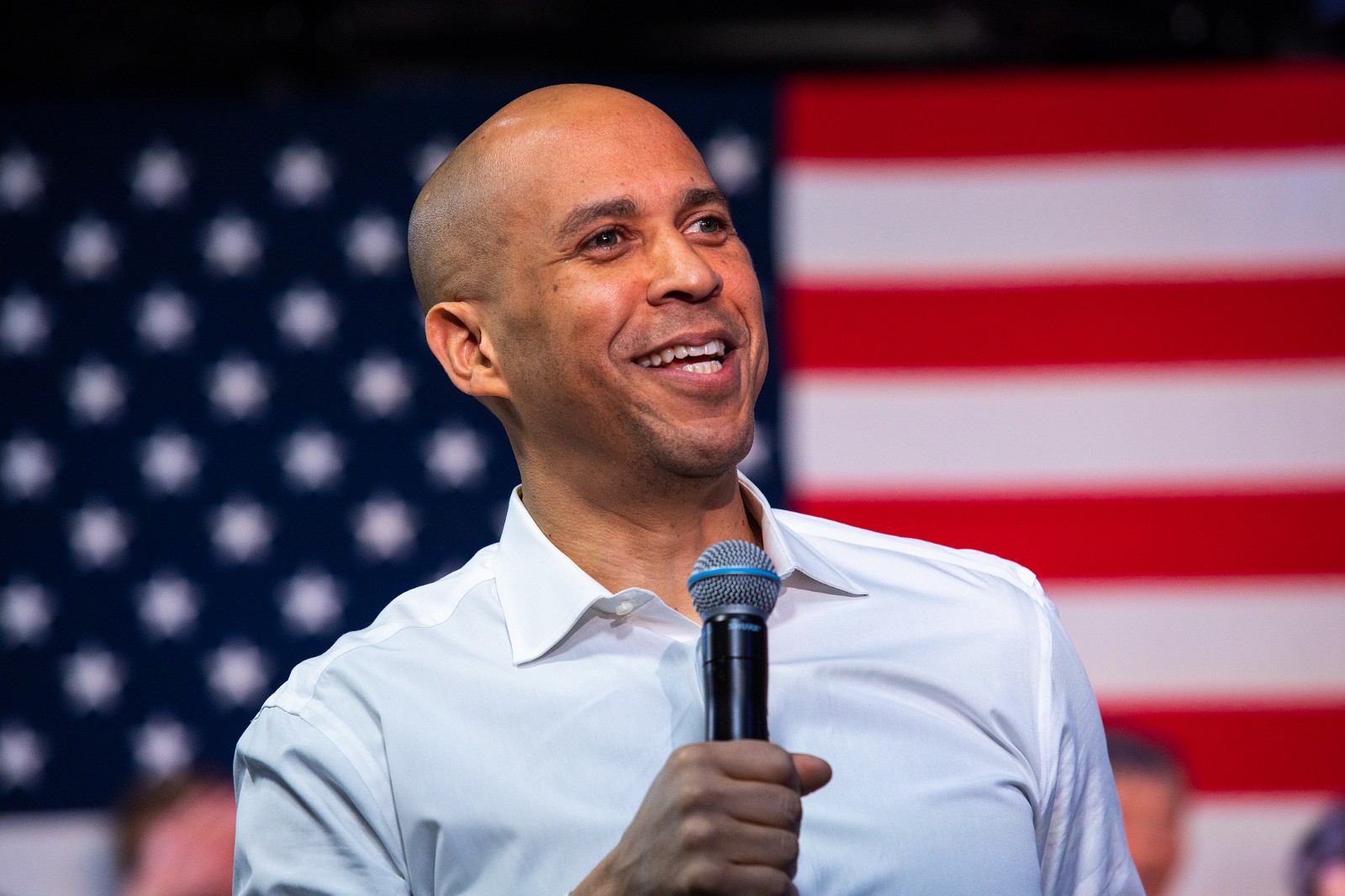