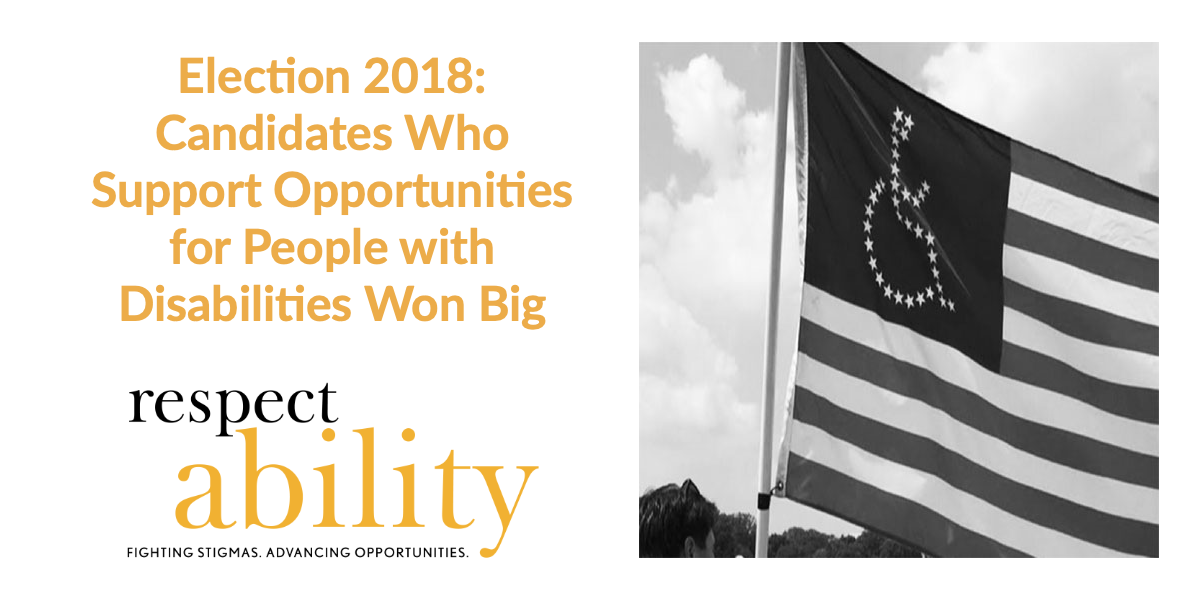 Washington, D.C., Nov. 19 – Key senate and gubernatorial candidates from both sides of the political aisle who support opportunities for people with disabilities won big this election, showing that disability rights is a winning issue.

Several candidates responded earlier during the campaign season to a disability issues questionnaire for Senate and gubernatorial candidates put out by RespectAbility, a nonpartisan, nonprofit national organization working to end stigmas and advance opportunities for people with disabilities. Candidates from both sides of the aisle completed the questionnaire, showing that disability rights is a bipartisan issue. The responses also are geographically-diverse, coming from states around the country, as politicians are paying more attention to the disability community. RespectAbility is nonpartisan and does not endorse candidates. The questionnaire is purely for educational purposes.

Others submitted proclamations for National Disability Employment Awareness Month (NDEAM) to RespectAbility. This year, people with disabilities and employers have clear reason to celebrate. More than 343,000 Americans with disabilities got new jobs last year, a fourfold improvement in job gains compared to the previous year. Expanding employment opportunities is bipartisan, as both Democrats and Republicans are quick to recognize the abilities of what people with disabilities can accomplish.

Please follow the links in the tables below to read more about each of these candidates’ disability policies that affect 56 million Americans.